Posted on October 13, 2018 by bookermanpries 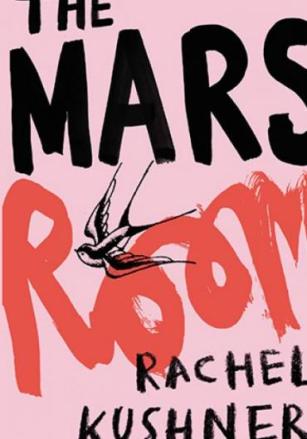 OK, I realise I’m starting to sound like a broken record. I disliked Milkman but from then on my opinion on the shortlisted books I’ve talked about has pretty much been “yeah… they’re good, but could have been better”. I’m going to be upfront: they’re all like that. Some are better than others. Washington Black will probably win. I most enjoyed The Overstory. But they’re all flawed.

Here’s the thing. The shortlist is never mind-blowing. At best you get two or three brilliant books, two or three pretty good books, and one or two “Why was that there?” books. 1996 (and maybe 2005) stand out for their sheer depth of quality, but they’re aberrant. Look at any other year and ask yourself: if the two best books in that year were stricken from the record, how well would that year continue to hold up? Because that’s what happened this year.

So. The Mars Room. It’s definitely not in “Why was that there?” territory. Its main character (Romy Hall) is serving two consecutive life sentences for murder and is faced with a personal loss which threatens her son’s well-being. Incapable of helping from prison, the book addresses her frustrations with the system, as well as providing a description of her life behind bars and recollections of her life prior to the sentence.

The perspective is unusual and welcome. Women in prison often aren’t much discussed and Kushner does so sympathetically. She also does so unsparingly, providing a well-researched and compelling portrayal of an underclass brutalising each other having been brutalised themselves, and frequently failed by a system that now blames them.

And this is also the problem. The Mars Room is hampered by this research and Kushner’s determination to make what is undeniably an important point. In having her characters all serving to deliver her message about the structural flaws in America’s justice system (and welfare systems beyond that), too little time is devoted to developing characters outside of that. Really, if Kushner wanted to do this justice, she might have been better served writing narrative non-fiction, maybe collaborating with somebody actually in the prison system. As it is, she tries to do too much with too little space, and The Mars Room is the lesser for it.

So yeah… it’s good. But it could have been better.