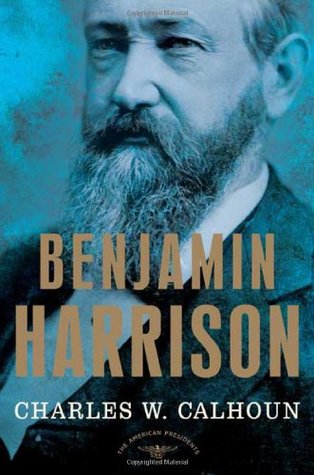 As president, Benjamin Harrison seems to have been thoroughly unmemorable. People seem to remember the bad presidents, and they remember presidents who have significant achievements to their name, who looked distinctive, or who died while incumbent. None of these could be said of Harrison.

The grandson of William Henry Harrison, Benjamin Harrison began his career as a lawyer before serving in the Civil War, rising to the rank of brigadier general in 1865. After the war he became involved in politics in Indiana, and served in the US Senate from 1881 to 1887. Harrison was the Republicans’ compromise candidate for presidential nominee in the 1888 elections: he initially polled fourth but with the support of James G. Blaine and other moderate party members, was ultimately selected. He beat Grover Cleveland by a significant margin in the electoral college, with Cleveland winning the popular vote.

Harrison’s presidency was largely competent. Nothing particularly exciting happened during it, so he faced few challenges. He continued to move ahead with reformist measures and oversaw the introduction of the McKinley tariff which, for all its flaws, was as good a measure as any to try to settle the tariff debates. In contrast to Cleveland, Harrison favoured bimetallism (backing the currency with both gold and silver). This could have had disastrous consequences were Cleveland not to have addressed the issue in his second term.

Harrison should probably be remembered for two major reasons. Firstly, his presidency was the first to make a concerted effort to protect the public from the trusts. Theodore Roosevelt gets a great deal of credit for trust busting, but it’s worth remembering that this was necessary as Cleveland and McKinley’s administrations were not enforcing the Sherman Antitrust Act, passed in 1890. Harrison should get some recognition for this act. Secondly, Harrison was a staunch advocate for the rights of black Americans. While his success in this area was limited, his was a voice at a time when few were around, calling for a more progressive approach.

Charles W. Calhoun’s biography is the last in “The American Presidents” series that I shall read and, like the previous books from that series, proved to be readable and brief while remaining informative. I came away from it feeling I knew enough about Harrison to consider him covered, without wanting to read further about his life or presidency.

On a side note, I have recently learned about The Washington Post’s podcast, “Presidential”, which aims to air an episode a week (~40 minutes each usually) until the November elections, covering one president per week in order. They’re most of the way through at this point and well worth a listen if such things interest you.